Joshua Goodwin explained the background to the development of his bustimes.org website, described its current capability and discussed potential future enhancements. Josh's presentation was recorded and is available to view at:

'Bus Services on the Rame Peninsula', video-conference on Wednesday 5th May 2021

Luke Farley gave a presentation on the history and development of bus services on the Rame Peninsula in SE Cornwall, these being closely linked to the various ferry services that have linked the peninsula to Plymouth on the other side of the Tamar estuary. He described the growth of services provided by the two main operators: the Millbrook Steamboat and Trading Company and Western National, bringing the story up-to-date with the emergence of Plymouth City Bus as a competitor to First Devon & Cornwall. Luke's presentation was recorded and is available to view at:

'Managing a Bus Company through a Pandemic', video-conference on Saturday 13th March 2021

The 2021 AGM was followed by a video-conference presentation by James Freeman, Managing Director of First West of England, in which he described how the company had responded to all the challenges posed by the Covid pandemic over the past 12 months. James's presentation was recorded and is available to view at:

'The NAT Group Challenge', in Bristol on Saturday 14th March 2020

The 2020 AGM was followed by a talk by Adam Keen, Managing Director of NAT Group, the subsidiary of ComfortDelGro based in Cardiff with other operations in Pontypridd and Swansea. Adam joined NAT Group in July 2019, by which time the company had accumulated a widely dispersed network of routes, both commercial and contracted, ranging from Newport in the east to Rhossili in the west, and north to Brecon, plus the TrawsCymru T1C from Aberystwyth. He inherited limited management resources and a non-standardised fleet of vehicles with maintenance issues, and described the steps he is taking to address these challenges in order to improve the quality of service and develop the network. A report on Adam's talk is published in SW&W Bulletin 211.

Our annual joint meeting with the Cardiff Transport Preservation Group featured a talk by branch member Sholto Thomas describing the time he spent in the 1970s working at the Eastern Scottish depot at New Street in central Edinburgh. The depot operated a huge route network that extended to Perth, Glasgow, Carlisle and Newcastle, plus express services, day tours and extended tours.  The fleet was extremely mixed, and Sholto's photos of the various different vehicle types provided background to many interesting and amusing anecdotes from his experiences as a driver and conductor. A report by Geoff Gould: "Britain's Greatest Bus Depot" is published in SW&W Bulletin 208.

Branch Committee Member Gareth Stevens, the Operations and Commercial Director of Cardiff Bus, hosted a visit to the Head Office and Depot. He demonstrated the various ways in which ticket machine technology now supports the management and control of operations, both in real-time and in analysing trends over extended periods. From an office desktop or a smartphone, he could select a bus, follow its progress across the city, and track the tickets issued and passes accepted at each stop. The data is saved so that over a longer timescale, patterns in schedule adherence, levels of patronage, payment methods, etc, can be examined with the aim of improving reliability and sustainability. A report by Geoff Gould: "More than just a Ticket Machine" is published in SW&W Bulletin 207.

'HCT Group - Putting the Community in the Driving Seat', in Bristol on Saturday 10th March 2019.

The 2019 AGM was followed by a talk by Phil Stockley, Head of Commercial for HCT Group. Phil described how, as a Social Enterprise, HCT seeks to make profits that are used to benefit local communities rather than pay dividends. After summarising HCT's numerous operations around the UK, Phil focused on HCT's growing presence in Bristol since 2011, now branded as Bristol Community Transport. The latest development is the innovative contractual arrangement with First West of England to operate Bristol metrobus route m1 from January 2019. A report by David Milledge on Phil's presentation "HCT Group - Putting the Community in the Driving Seat" is published in SW&W Bulletin 206.

At a joint meeting with the Cardiff Transport Preservation Group, we were given a presentation on Traveline Cymru by its Service Delivery Manager, Kevin Roderick.  Kevin has been involved with Traveline since its beginning in 1999, and gave a fascinating insight into its evolution over the years as changes in technology have influenced both what users expect and what it is feasible to proide. A report by Geoff Gould is published in SW&W Bulletin 203.

The 2018 AGM was followed by a talk by Rupert Cox, Managing Director of Stagecoach West. After summarising his earlier career, Rupert used data from 1983 and the present to explore the factors behind the significant changes in bus usage over the years. Looking forward, extensive population growth in South Gloucestershire provides opportunities for expanding the network. A report by Geoff Gould on Rupert's presentation "Going for Growth" is published in SW&W Bulletin 199.

At a joint meeting with the Cardiff Transport Preservation Group, OS Midland Branch committee member Richard Morgan gave a detailed and informative talk on the formative years of the Western Welsh Omnibus Company, including also two prominent independent operators who were taken over: Lewis and James, and Barrett's. A report by Steve Pottage is published in SW&W Bulletin 196.

OS Presidential Weekend based in Bath from 1st - 4th September 2017

James Freeman, MD of First West of England, hosted this year's Presidential Weekend in Bath and Bristol, supported by the SW&W Branch. For a report of this excellent weekend, see Omnibus Magazine No. 536 (Nov. 2017 - Jan. 2018).

'From Ohio to South Wales via Wrexham', in Bristol on Saturday 11th March 2017

The 2017 AGM was followed by a talk by Edward Reid, Commercial Manager of Stagecoach in South Wales. A report by Geoff Gould on Ed's presentation "From Ohio to South Wales via Wrexham" is published in SW&W Bulletin 194.

Below you will find a list of downloadable links. 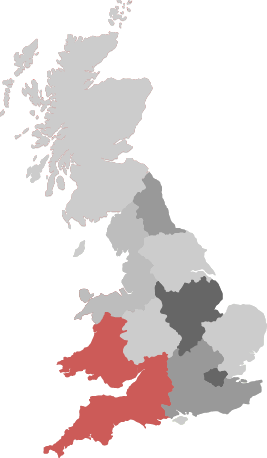